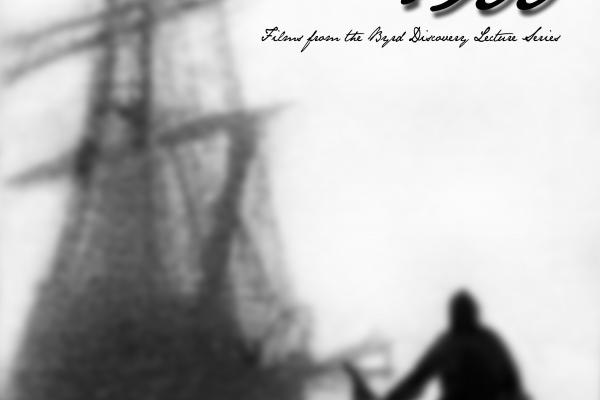 Join us at The STEAM Factory for a special sceening of the original film Byrd 1933 (films from the Byrd Discovery Lecture Series). Doors open at 6pm. Appetizers will be served. The film starts at 6:30pm and a Q&A with Director/Filmmaker, Pamela Theodotou, Polar Curator For Byrd Polar and Climate Research Center, Laura Kissel, and Polar GeoChemist, Melisa Diaz will follow.

Culled from ten reels of 35mm film found in the papers of Admiral Richard E. Byrd and recently preserved by the National Film Preservation Foundation, Byrd 1933 is a glorious cinematic record of the famed explorer’s expeditions in 1928–30 and 1933–35. This unprecedented visual diary, shot by Paramount Studios cameramen, was largely a silent film with some short studio recreations. Through extensive archival research in Byrd’s own papers, filmmaker Pamela I. Theodotou has painstakingly cataloged film clips using the scripts for Byrd’s lectures, crafting a film that captures the expedition as a whole. Byrd’s own voice and the environmental and animal sounds of Antarctica originally recorded by scientists on the expedition can be heard in the film thanks to audio found in and adapted from Ohio State’s Byrd Papers archive.