In the 1800s, during the Industrial Revolution, there was not enough space. Dense populations swarmed into cities hoping to get a piece of the American Dream. In response to these growing cities, land was strategically mapped out to accommodate large amounts of people, and even more land was planned out when those people started their own businesses.

But what happens when the opposite occurs? What happens when people pack up and leave these cities, abandoning their land and structures previously used to house their businesses?

The Ohio Land Exchange plans to address exactly that. Starting with Lima, Ohio, the program hopes to encourage stake-holders, like Head Start Lima, interested in more space to negotiate and share structures in the city, and ultimately turn those tax deficiencies into productive lands. Van Maasakkers, along with two co-principal investigators, Kristi Cheramie and Jacob Boswell, started the project in the summer and plan to work with the city of Lima for two years, and hopefully move on to other cities in Ohio after that. 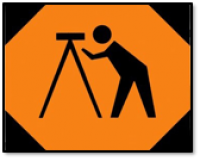 The first phase of the OH-LEX is interviewing prospective stakeholders. Then, a map will be constructed based on the areas that each organization likes. If their interests overlap, a negotiation is planned to try to accommodate the needs of each group.

12 students headed out into Lima neighborhoods on Oct. 3 to begin surveying the land. This project is a perfect example of a community- university partnership. It provides the city very detailed data about the condition and economic viability of some of these properties. The university with its much more advanced tools and equipment can take the data, synthesize it, and bring it back in a way that becomes economically useful.”